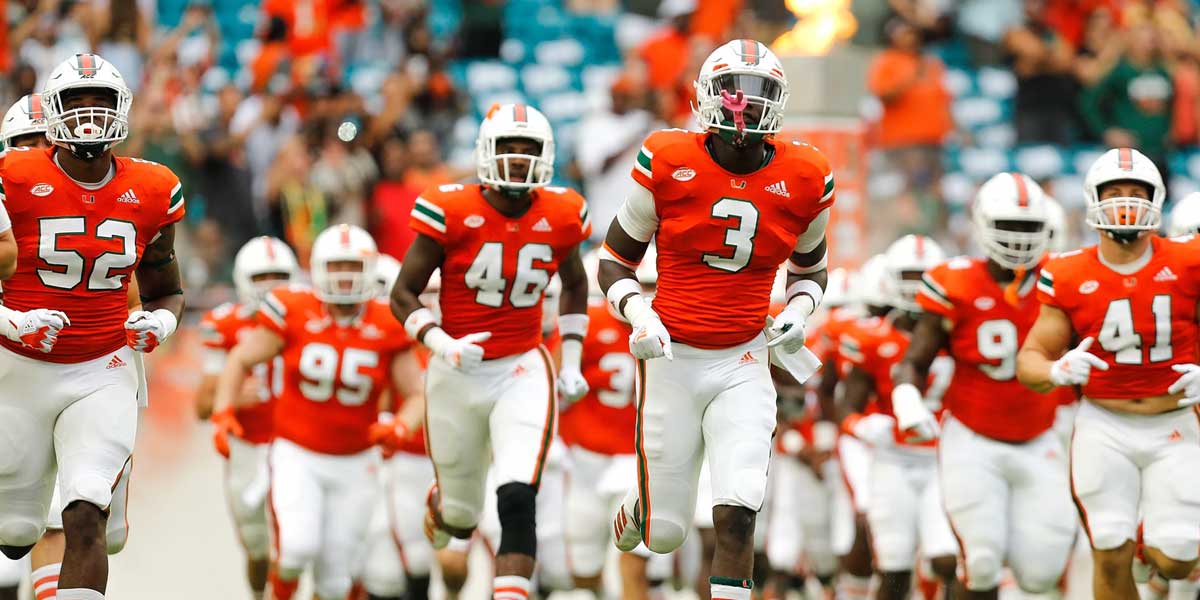 MIAMI – The Miami Hurricanes football team has been part of the ACC for 15 years. Out of those 15 years, they’ve beaten Florida State Seminoles only 5 out of 15 games. They fared better with Virginia Tech Hokies, beating them 7 times out of all 15 meetings.

If the Hurricanes were able to beat these teams as well as they manage to win against teams that do not matter as much, the U would have a chance at ACC glory. Miami has also suffered repeated losses against teams in the Coastal Division such as the Georgia Tech Yellow Jackets and the Duke Blue Devils.

How Can The ACC Teams And Miami Do Better?

The University of Miami, Florida State University, and Virginia Tech all need to have better seasons this year. Virginia Tech made a Bowl Game last season by the skin of their teeth and FSU didn’t even qualify for a Bowl game. That was the first time in almost forty years that Florida State did not see any post-season play. The Hurricanes qualified for the Pinstripe Bowl where they lost to Wisconsin 34-3.

Each of these teams needs to at least qualify for a bowl game this upcoming season if they want to be as good as the SEC. After the bowl game loss last season, Miami’s head coach, Mark Richt retired. Manny Diaz has stepped in as head coach of the Miami Hurricanes football team.

“There are still potential flaws, but the new energy and ideas under head coach Manny Diaz should bring about a big change,” said Pete Fiutak, the publisher of the College Football News. “There’s a talent coming in from the transfer pool, there’s experience and talent in the linebacking and receiving corps, and there are more options now to play around with.”

Throughout the offseason, Diaz has managed to bring in a whole new set of coaches as well as a new set of recruiters. The overall energy for the Miami Hurricanes Football team has changed. The Hurricanes have been given +850 odds to win the ACC Championship. SportsBettingFlorida.com knows when it comes to the 2020 CFB National Championship odds, Miami has +10000 odds to win the title. The first game of the season for the Hurricanes is at 7:00 pm ET on August 24th, against the Florida Gators. The ESPN network will be airing the game.